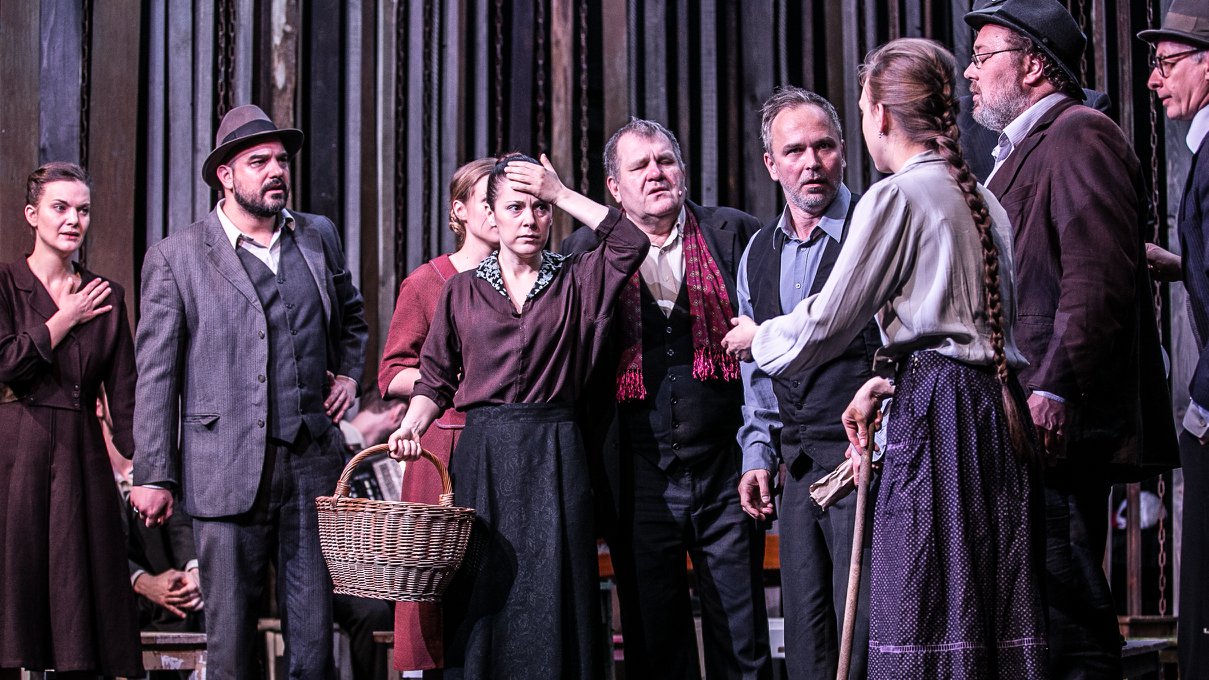 1946, Kunvadas – In the aftermath of the Holocaust, a small village in the Hungarian countryside is struggling to settle into the new post-World War II reality: only a handful of Jews have returned from deportation, and the community’s beloved teacher is now accused of war crimes, finding himself in the crossfire of political battles. People feel agitated and reckless. Poverty and hunger generate hysteria, and the villagers decide to take matters into their own hands: by violently attacking the old-new enemy, they set out to administer justice themselves. History repeats itself.

Award-winning Hungarian writer, Pál Závada, based the plot of his novel, A Market Day, on real-life events and archival documents. The book is inspired by a series of atrocious and brutal, but little-known historical events: the pogroms against the Jews in the real village of Kunmadaras. Závada, by interrogating the deep-seated motivations behind the incidents, writes a formidable narrative of historical traumas and collective responsibility. The Mohácsi brothers adapted the Libri literary prize-nominated novel for stage, and the production first opened at the Radnóti Theatre on May 13, 2018.

„I believe that for a piece on the Holocaust to be enlightening and cathartic, it needs to do more than just to convey pain and compassion. It should expose the things that happened simultaneously, and what people were thinking, so that we may recognize some of the causes and consequences, and find ways to get emotionally involved in the plot—beyond the obligatory public feelings of sympathy and remembrance.” – Pál Závada

„I don’t think that all the people participating in the pogroms of 1946 were inherently evil, though some surely must have been. People certainly were not well-informed, as they had little or no access to information. What matters though is how a close-knit community reacts to events in real time, because then and there, within seconds, malice can escalate—and what I am interested in is how this escalation happens.”- János Mohácsi